Believe it or not it is just a cell phone. Run-of-the-mill Samsung S6. I’ve taken some other photos with it that others thought were from a much better camera as well. I’ll attach one as an example.

I do have a nice Pentax DSLR with high-quality lenses and have been taking pictures for around 40 years just for fun. Honestly though most of them over the past 8 years or so have been with a cell phone. The cameras on them have gotten pretty dang good and you just kind of develop a knack for knowing how to setup shots to get the most from whatever camera you’re using. And as most photographer’s know, you take dozens or sometimes hundreds of shots to end up with just one really good one.

Earlier today Dragon was on her pillow by the window for a while then went to the back door to be let outside, as she frequently does. While outside I took a bunch of pictures of her by the clover plant and managed to snag this one. It’s attached as well so it can be viewed larger- 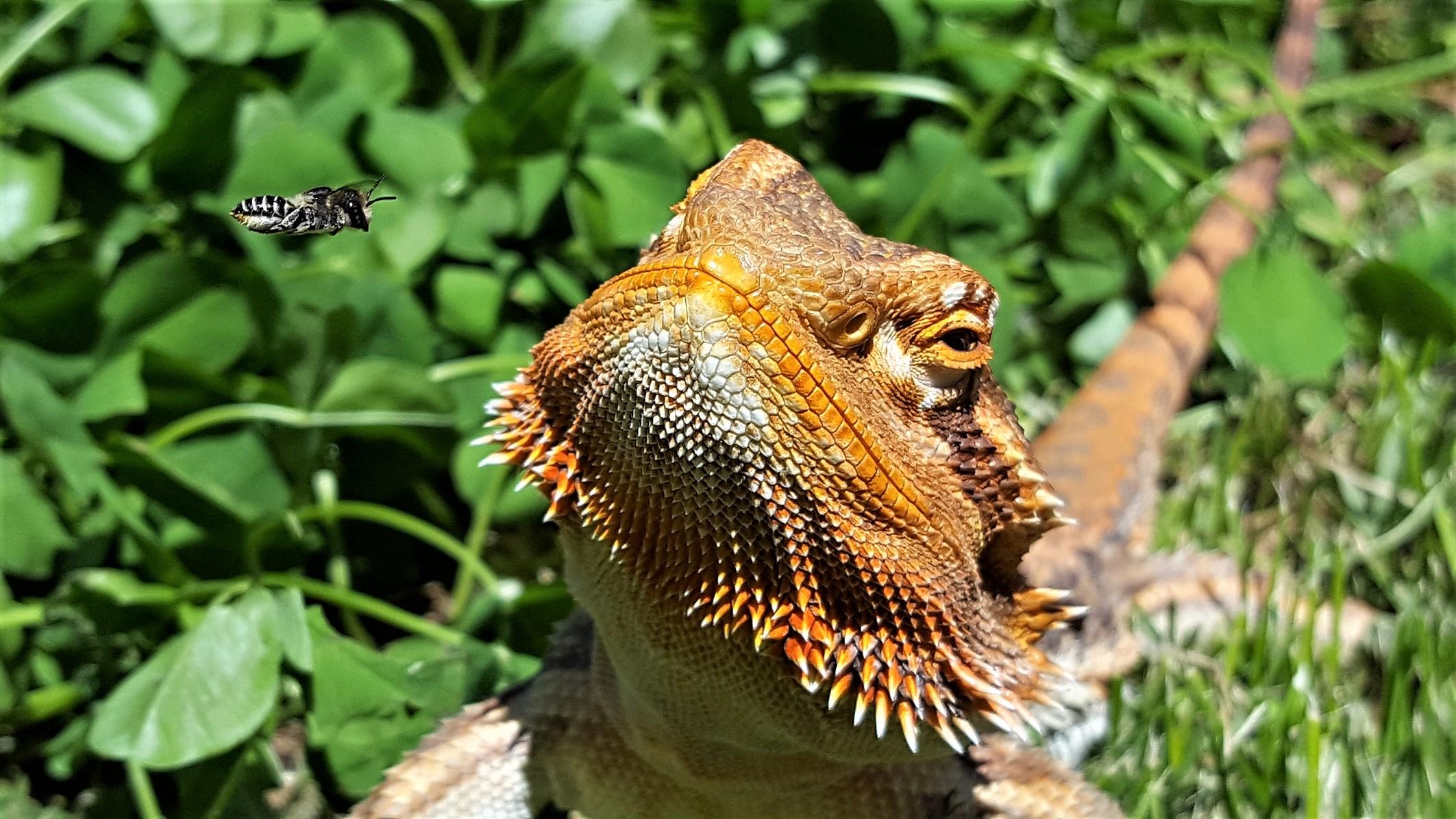 I have a few like this with the bee in the picture but this is the one with the bee in focus best. Funny thing is she isn’t interested in these bees at all, which is good. I don’t like her eating bees for several reasons. One is because they can carry parasites. The other is just because we like bees. However, she loves wasps. Don’t know what it is but if a wasp flies anywhere within 10 inches of her it’s an instant snack. Very impressive to watch her snag them out of the air. But if something isn’t moving she has a hard time judging if it’s 10 inches or 10 feet away, which is why we don’t let her onto our bedroom balcony.

One day while I was outside with her she ran around the yard and snagged 14 wasps before I decided she had had enough snack food and took her inside. She knows what she’s doing though because she chomps them really fast and they don’t seem to ever sting her. Very cool little animals these Dragons. 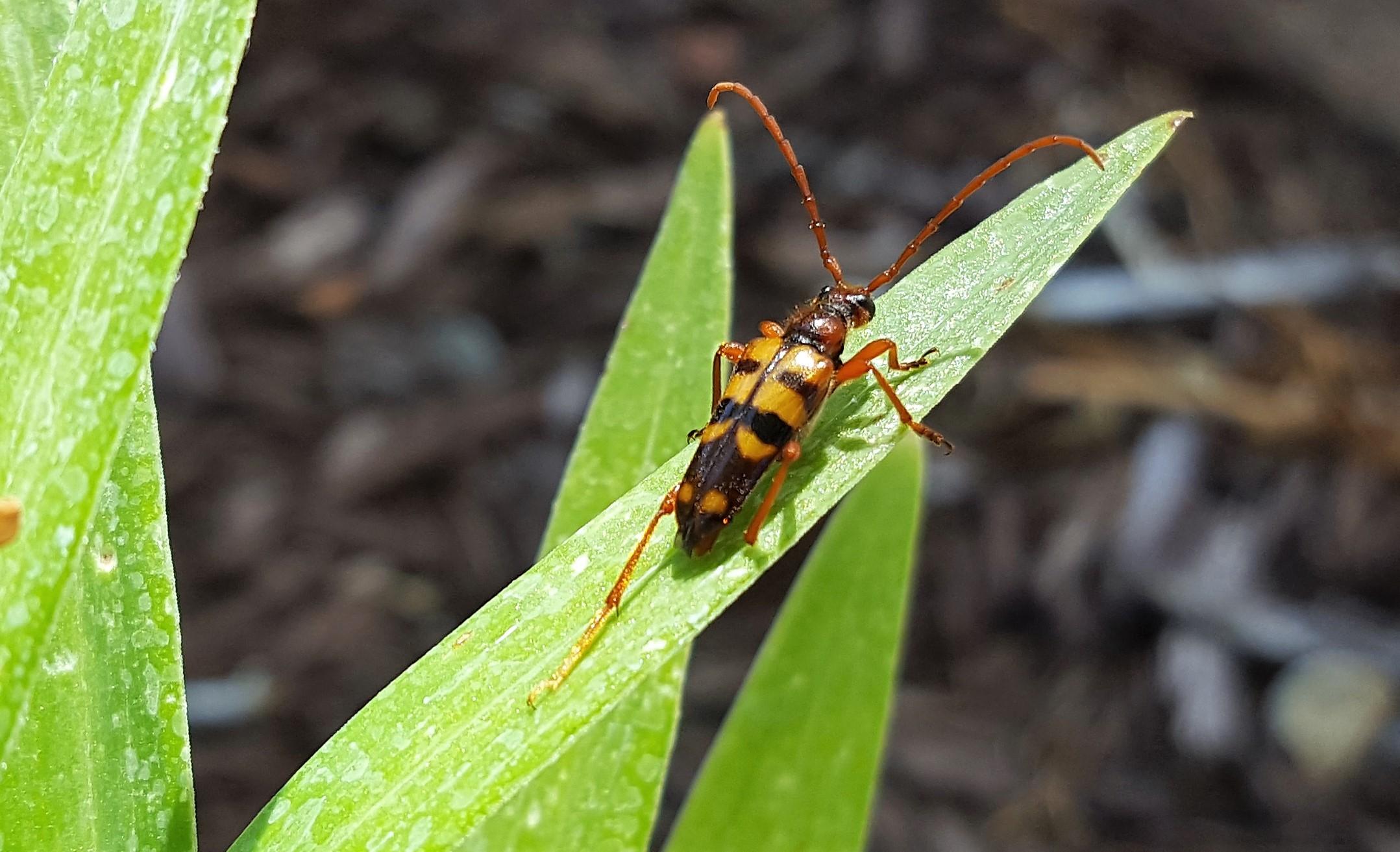 Two things I learned about taking good shots with a cell phone are, one; always clean the lens before shooting and, two; don’t exceed 2x zoom. Before shooting I always take a second to wipe the lens with my shirt tail. Always. A greasy or cloudy lens or protective cover will make the images cloudy as well. With no zoom I can’t get closer than about a foot to anything or the camera can’t focus. Now truthfully it may have a macro feature. Haven’t even looked into that. But at about 1.5 to 2x zoom it gets nice and close with very good focus. Not DSLR with macro lens good but good enough for a computer screen.